The Celebration of 150 Years of Thai – Austrian Friendship in 2019

Today (17 May 2019), the cordial relations between the Kingdom of Thailand and the Republic of Austria reach 150 years milestone. The origin of Thai-Austrian friendship can be traced back to the conclusion of the Treaty of Friendship, Commerce and Navigation between the Kingdom of Siam (in the reign of King Chulalongkorn) and the Austro-Hungarian Empire (in the reign of Emperor Franz Joseph) in 1869. The Treaty, which serves as a foundation for modern diplomatic relations between the two countries, has the following final provision:

“The Treaty shall take effect immediately, and its ratifications shall be exchanged at Bangkok within eighteen months from the present date. In witness whereof, the above-named Plenipotentiaries have signed and sealed the present Treaty. Bangkok, on the seventeenth day of May in the year One thousand Eight hundred and Sixty-nine of the Christian era, corresponding to the 7th day of the waxing moon, 7th month, year of the Small Dragon, first of the Decade, Siamese civil era 1231.”

For this reason, the Ministry of Foreign Affairs of the Kingdom of Thailand and the Federal Ministry for Europe, Integration, and Foreign Affairs of the Republic of Austria jointly designate 2019 as a special year for the celebration of 150 Years of Thai-Austrian Friendship. A commemorative logo was designed by the Austrian Foreign Ministry for this occasion. The logo shows a hand gesture, commonly featured in classical Thai dances, holding an edelweiss flower, the national flower of Austria. Beneath this image is a phrase “150 Years of Friendship between Thailand and Austria”. Colours used in the logo consist of red, white, and blue, which are colours of the national flags of both countries.

1. Treaty of Friendship, Commerce and Navigation (1869) preserved at the Austrian State Archives and two Instruments of Ratification attached to the Treaty, one signed by King Chulalongkorn with Prince Krom Phra Ratchawang Bowon Wichaichan’s emblem also affixed, and the other signed by Emperor Franz Joseph. 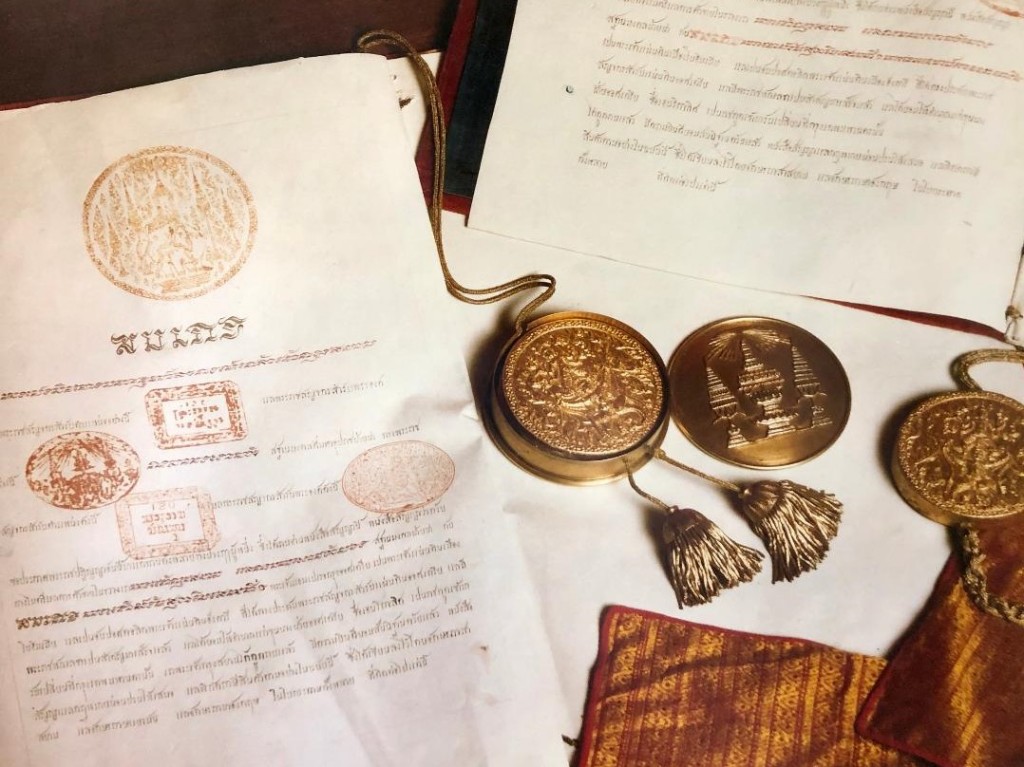 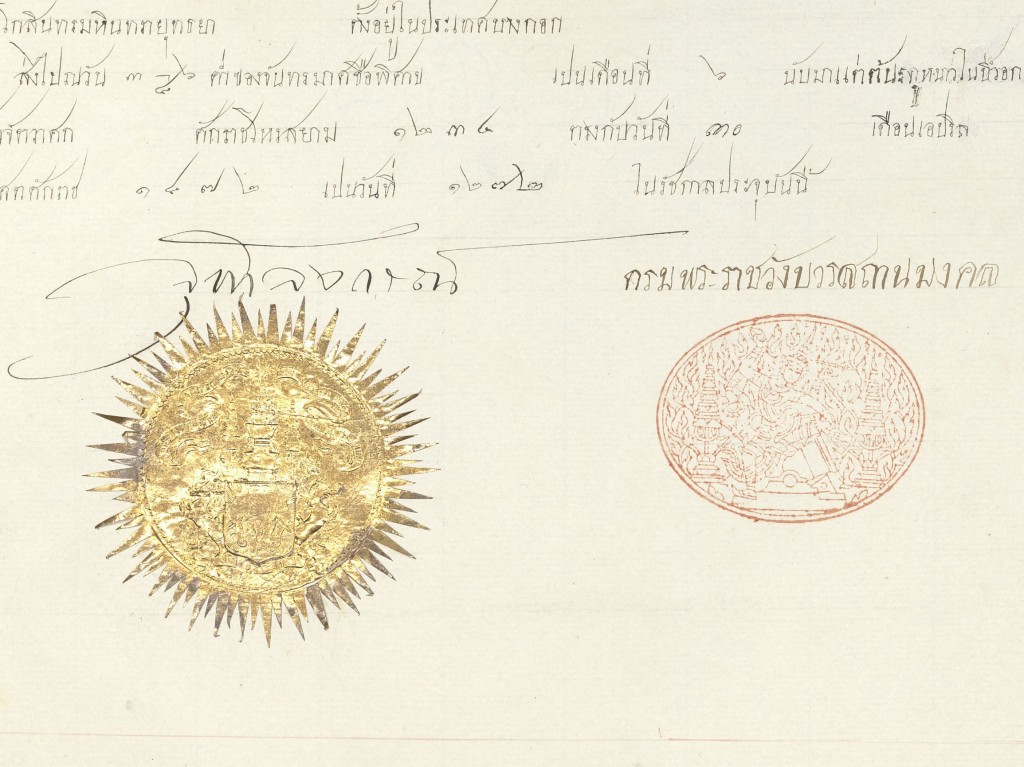 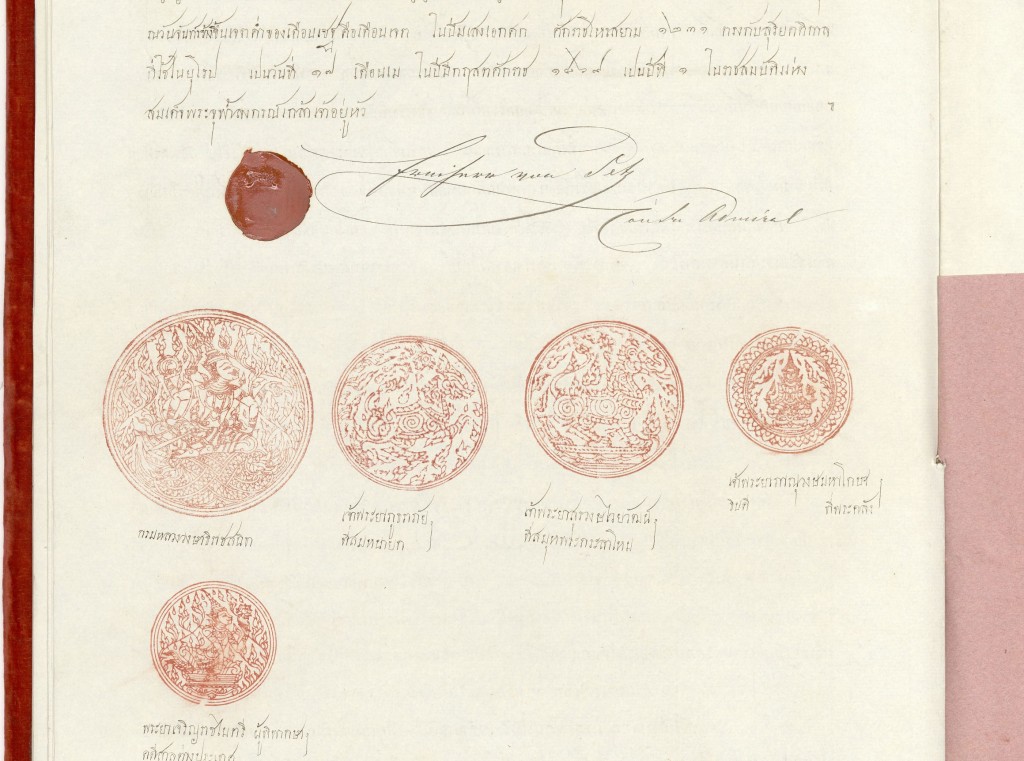 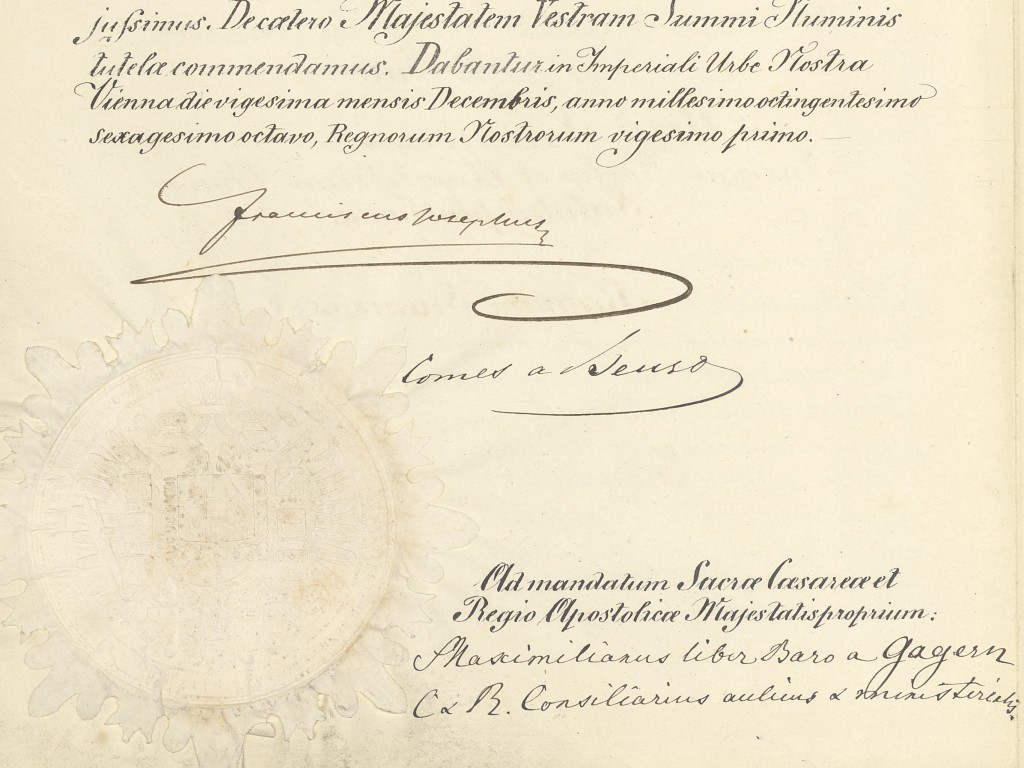 2. Commemorative Logo on the occasion of 150 years of Friendship between Thailand and Austria. 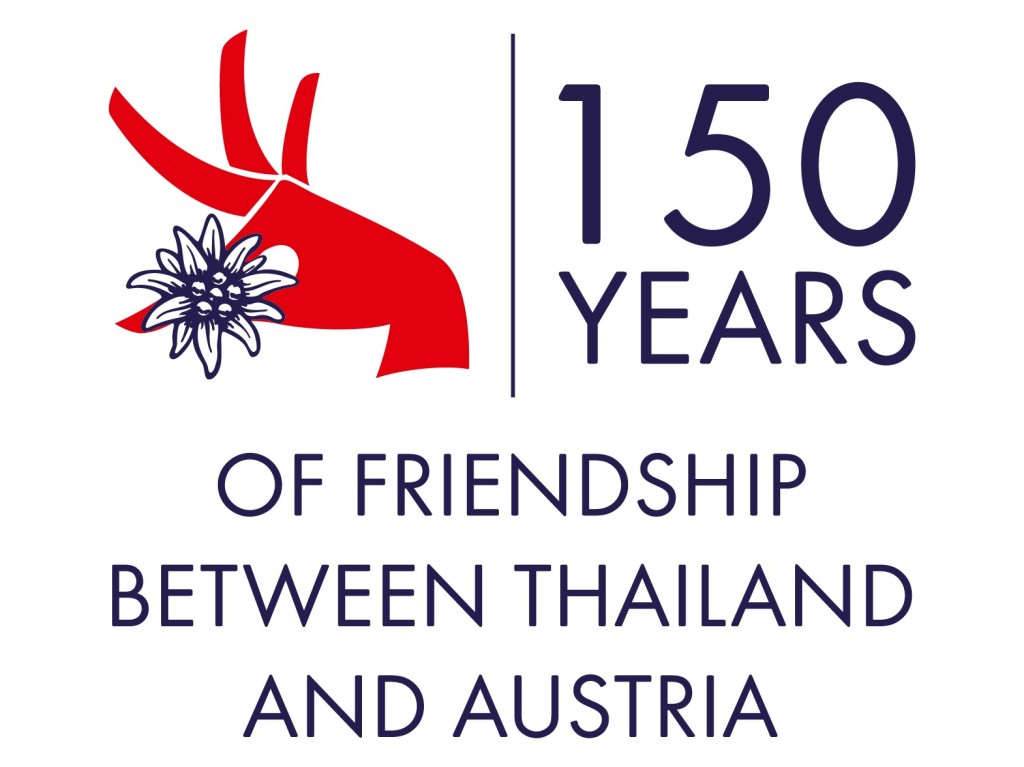