Activities on the occasion of Thailand’s National Day 2018

The Royal Thai Embassy in its dual capacity as the Permanent Mission of Thailand to United Nations and other International Organizations in Vienna organized the following activities to celebrate the occasion of the National Day of the Kingdom of Thailand, 5 December 2018:

On 4 December 2018 at 12.30 hrs., a reception was held with approximately 250 people attending from the Diplomatic Corps, Austrian Guests, and Representatives of International Organizations in Vienna at the InterContinental Hotel Vienna. Mrs. Thitiporn Chirasawadi, Chargé d’Affaires ad interim of the Embassy, asserted the importance of December 5th as the Birthday Anniversary of His Majesty the late King Bhumibol Adulyadej which remains the Kingdom’s National Day and Thailand’s Father’s Day. The United Nations General Assembly in 2013 has also announced this day as World Soil Day in recognition of His Majesty’s works on improving soil conditions to increase arable land. She also touched upon key development policies of the Royal Thai Government, for example, Thailand 4.0 Policy, the 20-Year National Strategy, and the Sufficiency Economy Philosophy for Sustainable Development Goals Initiative (SEP for SDGs);

2. Reception for the Thai Community

On the same day at 18.30 hrs., a reception for the Thai community residing in Austria, Slovenia, and Slovakia was held, at which more than 350 guests attended. Mrs. Chirasawadi Spoke about the uniqueness of December 5th for all Thais and invited the Thai community abroad to reflect upon the legacy of King Bhumibol as well as the many public works initiated and supported by His Majesty King Maha Vajiralongkorn Bodindradebayavarangkun.

On 5 December 2018, the Embassy organized a religious ceremony in memory of the Birthday Anniversary of His Majesty King Bhumibol. The ceremony, which was performed by 3 Buddhist monks from Thai temples in Austria, was attended by staff members of the Embassy and Team Thailand in Vienna. The Chargé d’Affaires a.i. led the Embassy’s staff in laying flowers in front of the portrait of King Bhumibol in an act of respect and gratitude for his tireless dedication to the Thai people throughout his reign. 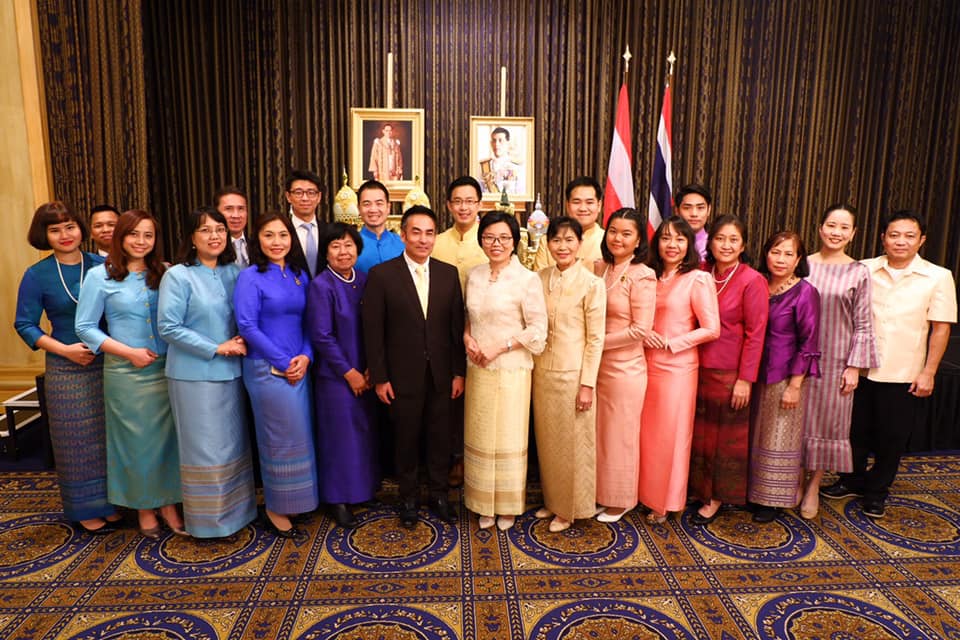 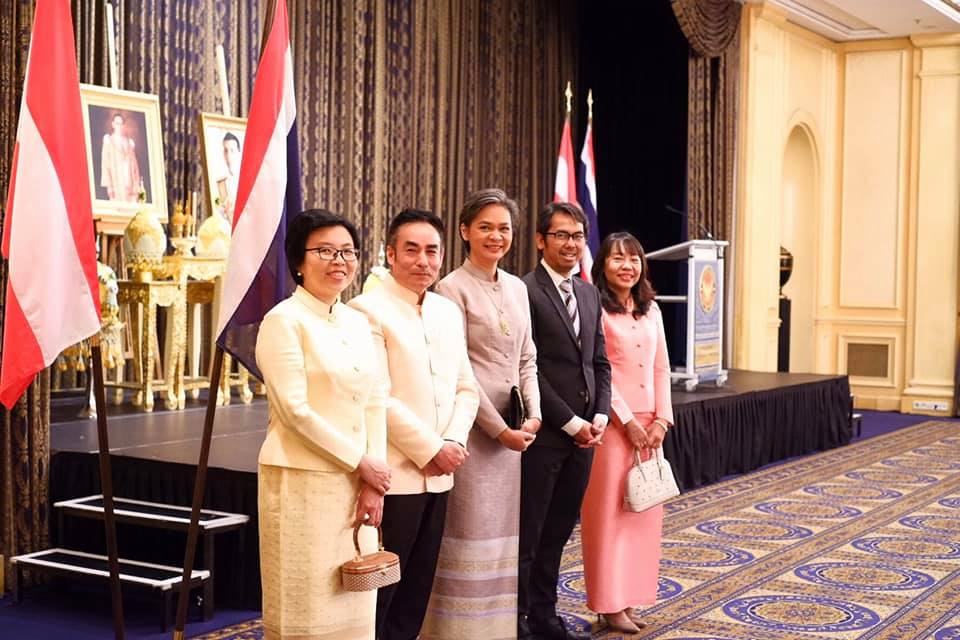 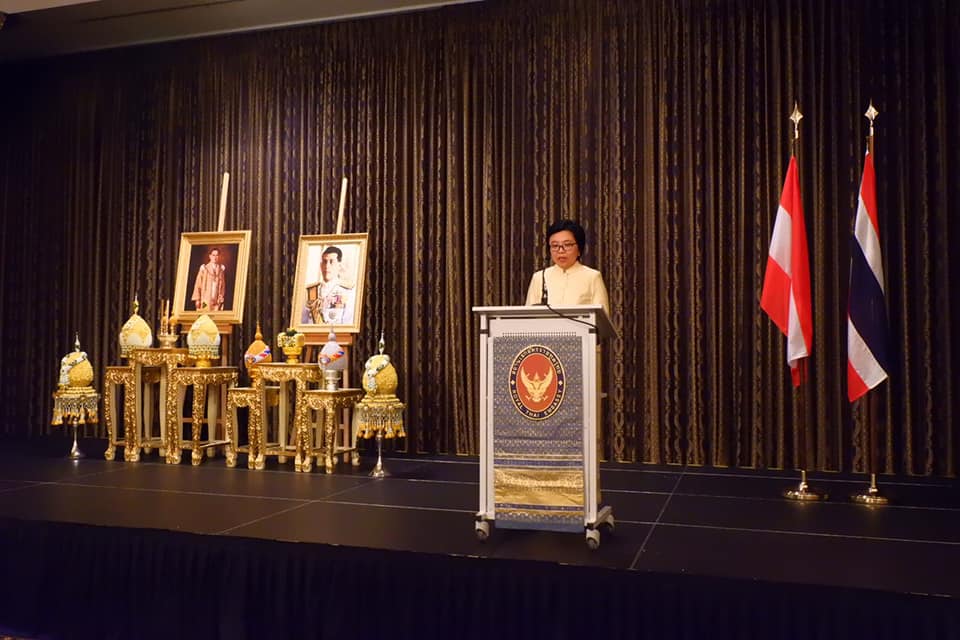 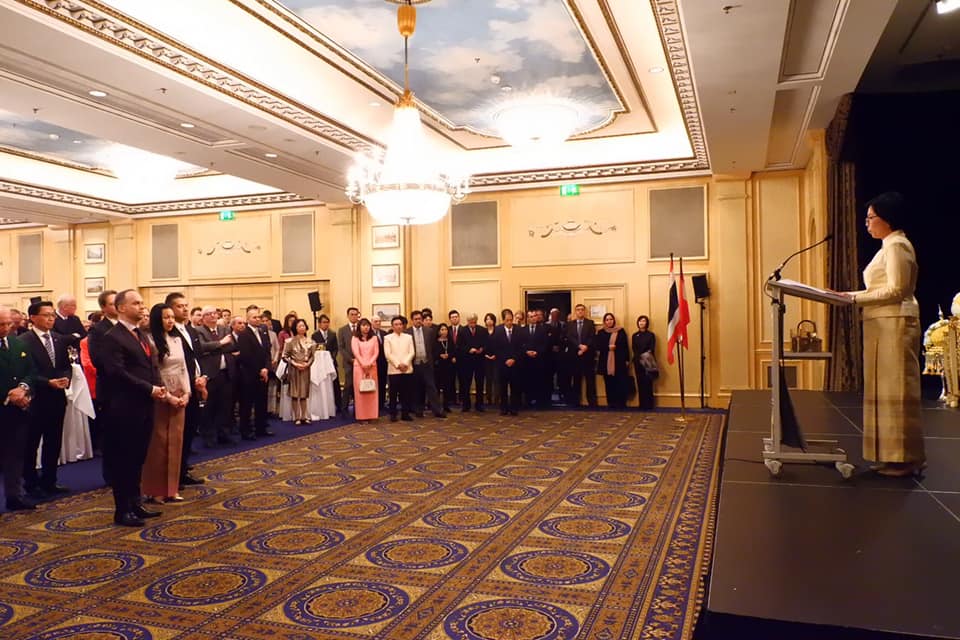 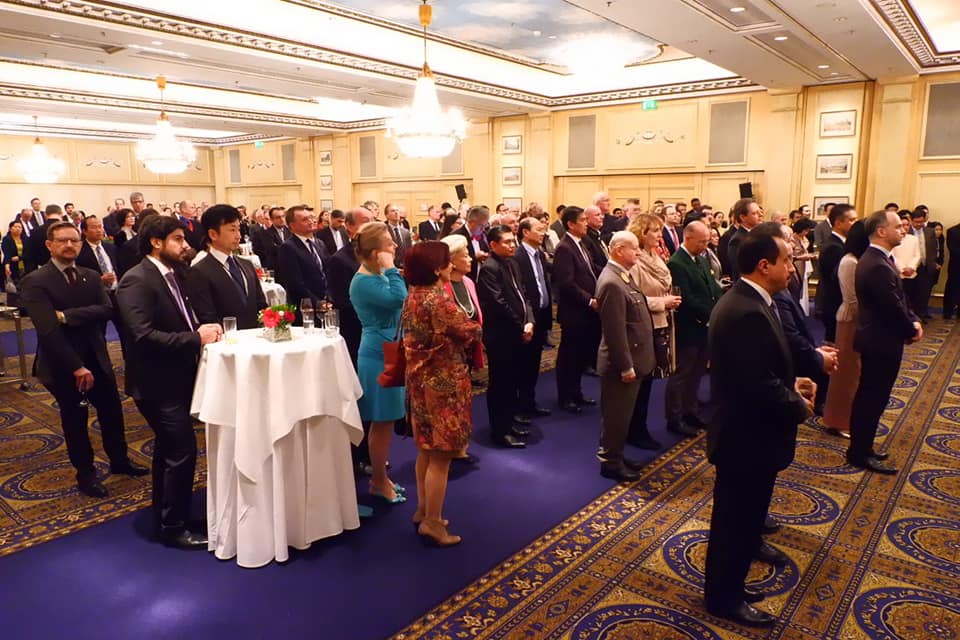 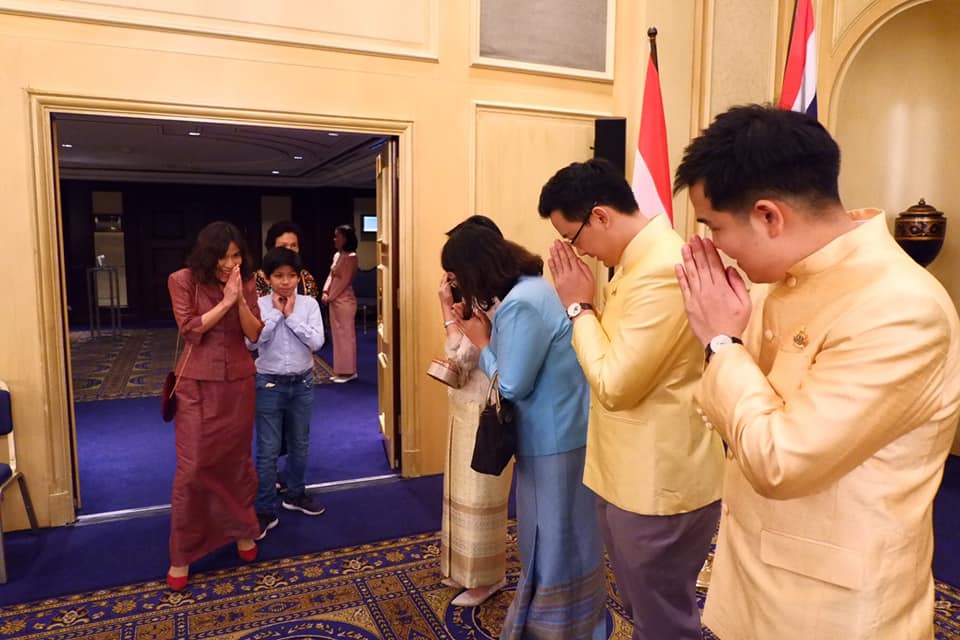 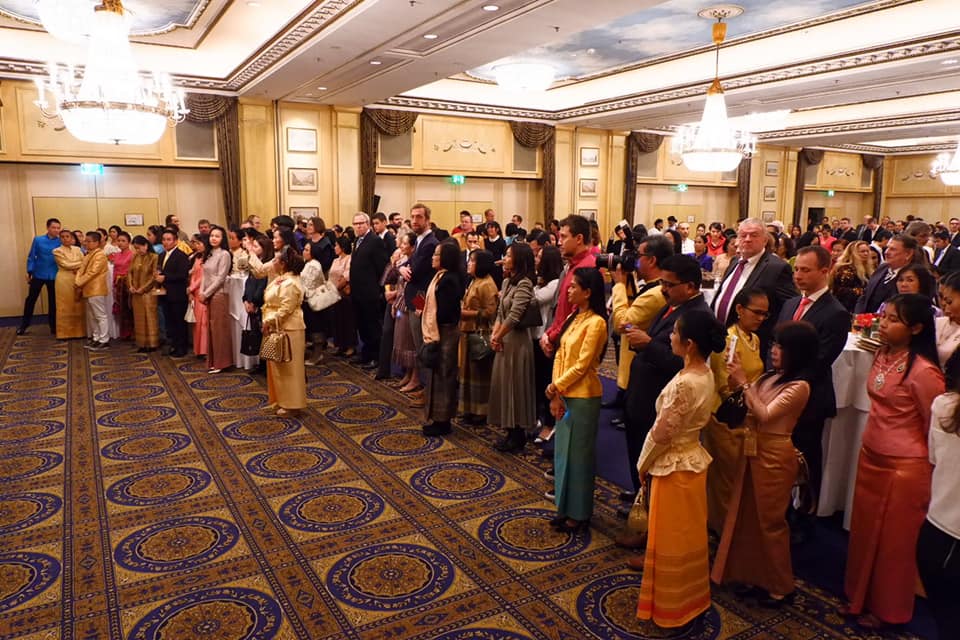 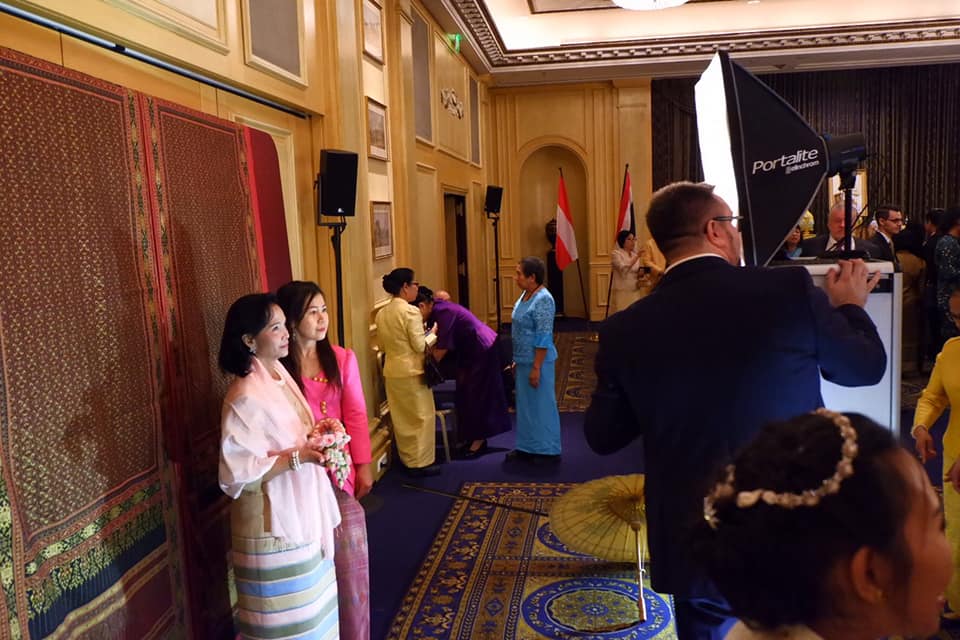 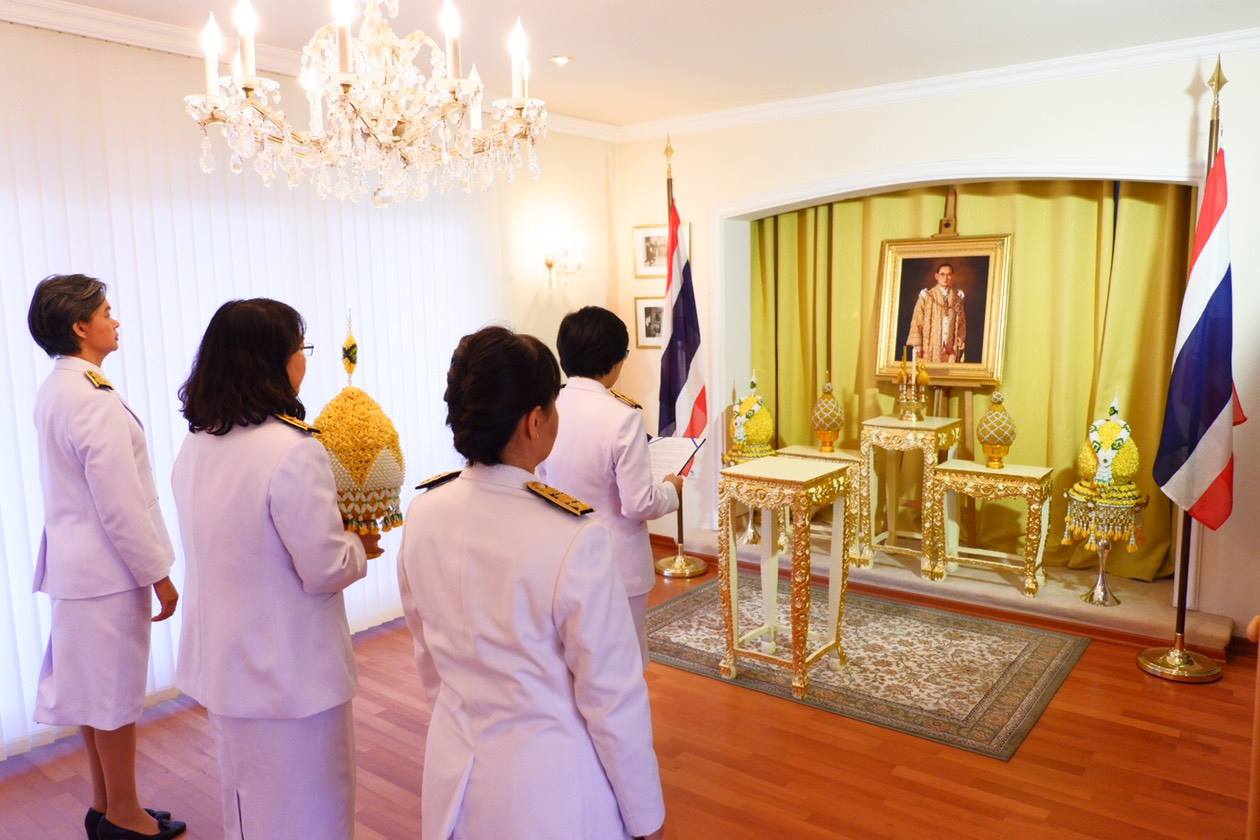 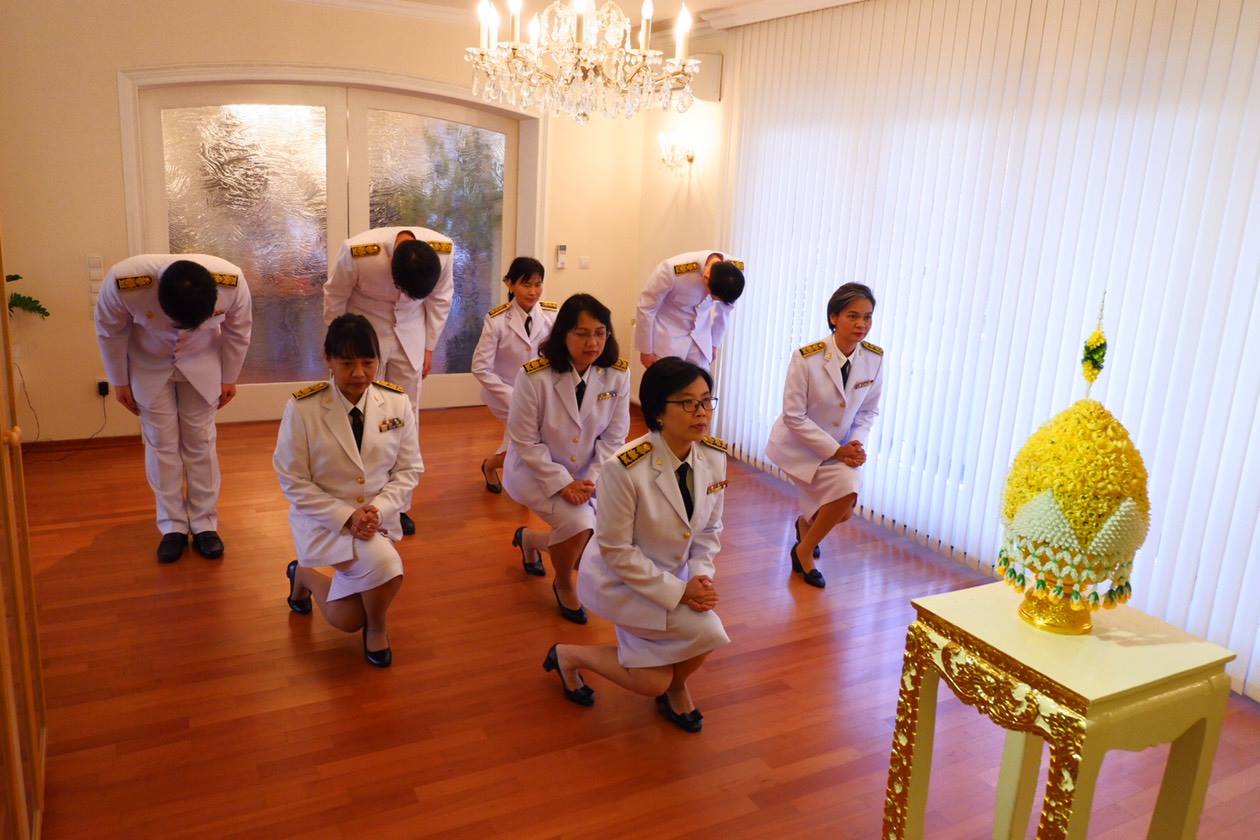 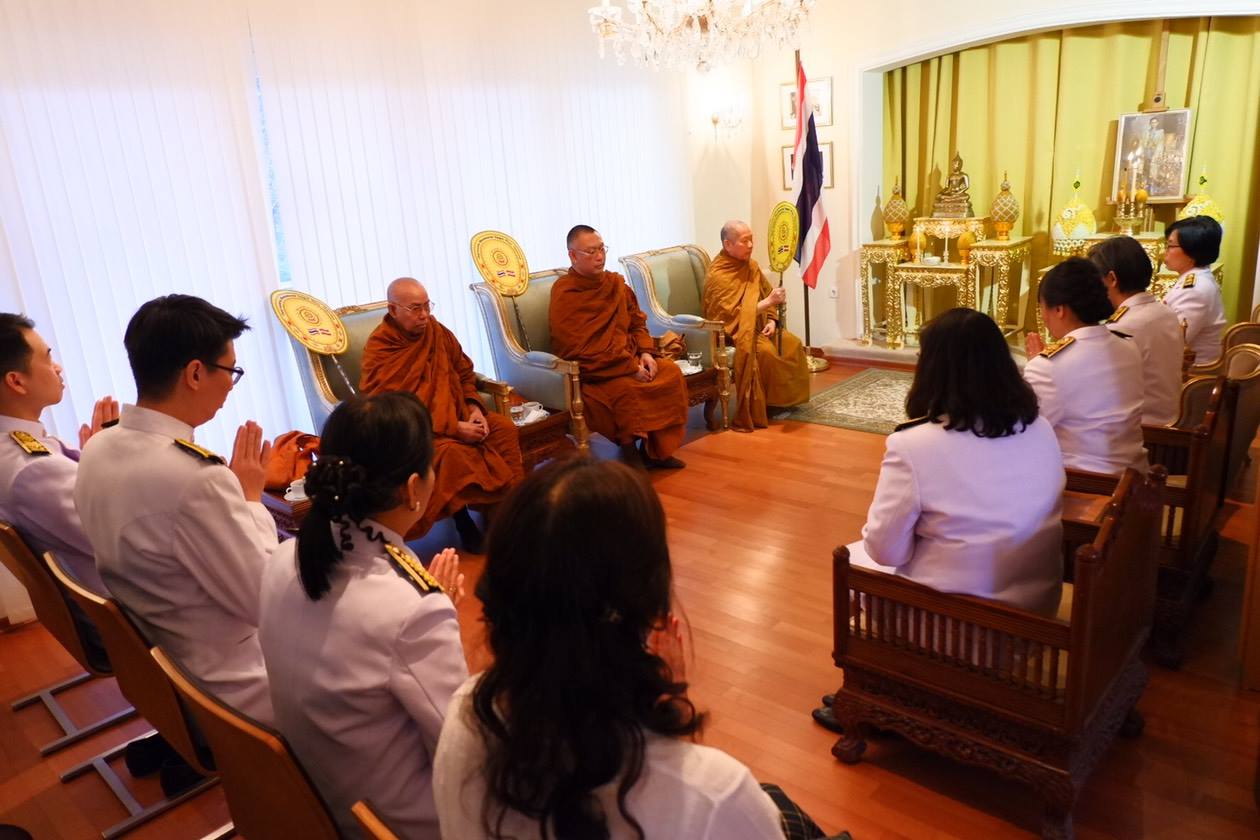 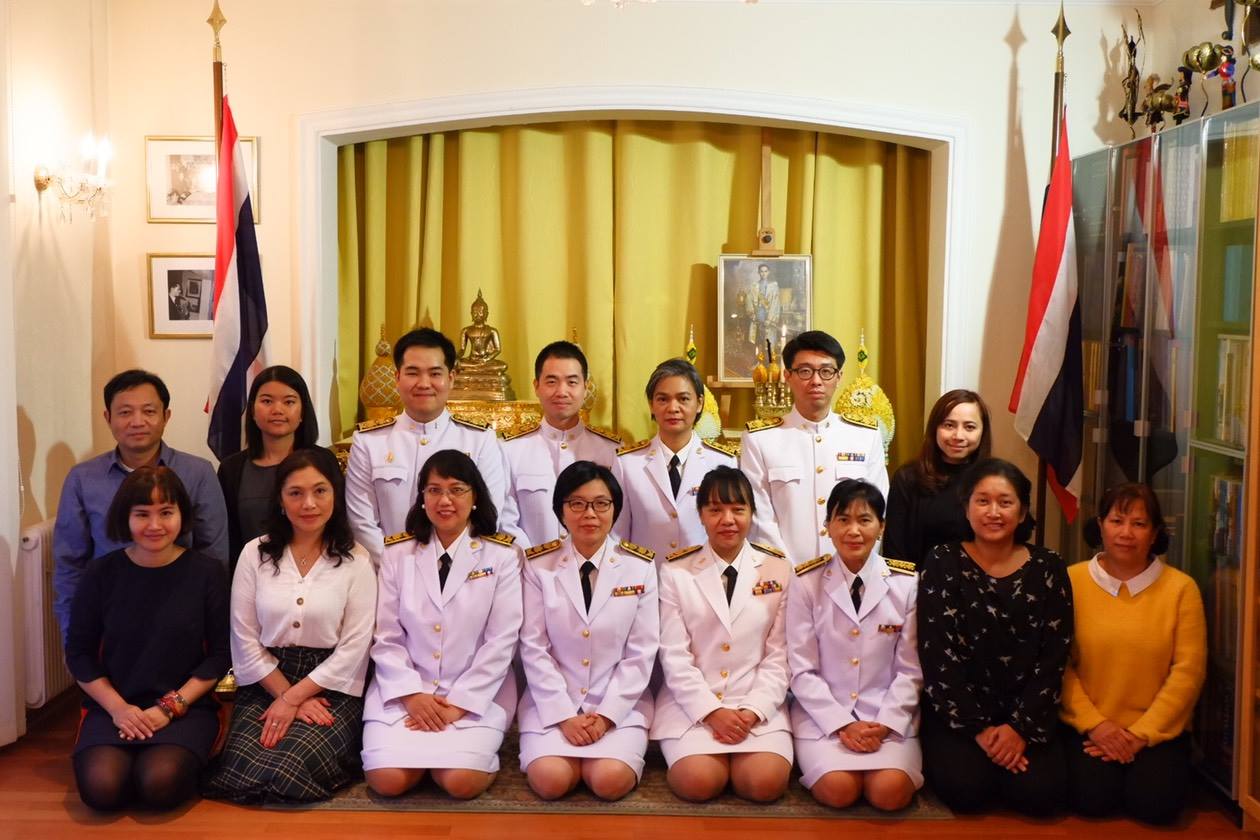