Activities on the Auspicious Occasion of the Coronation of H.M. King Rama X

The Royal Thai Embassy and Permanent Mission of Thailand to the United Nations and other International Organizations in Vienna organized the following activities, presided over by H.E. Ambassador Morakot Sriswasdi, to celebrate the auspicious occasion of the Coronation of H.M. King Rama X during 2 – 6 May B.E. 2562 (2019):

2. Religious Ceremony to mark the Coronation of H.M. the King On 4 May 2019, the Ambassador led the officials of the Embassy and approximately 120 Thai people in a religious ceremony held at her residence. The ceremony included traditional Buddhist merit-making rituals performed by 5 monks from 4 Thai temples in Austria. A special exhibition for the coronation ceremony was also displayed at the venue.

3. Live Broadcast of H.M. the King’s Public Audience On 6 May 2019, the Ambassador led the officials of the Embassy and the Thai community in an event at the Residence organized simultaneously with the proceedings in Thailand through live television broadcast. Those present had the opportunity to join in the public audience granted by H.M. the King on the balcony of the Suddhaisavarya Prasad Hall in Bangkok’s Grand Palace to receive the good wishes of the Thai people. The Thai community in Vienna were in unison in sending their wishes and prayers for H.M. the King’s good health and long reign and also took this opportunity to sign congratulatory messages to the King. 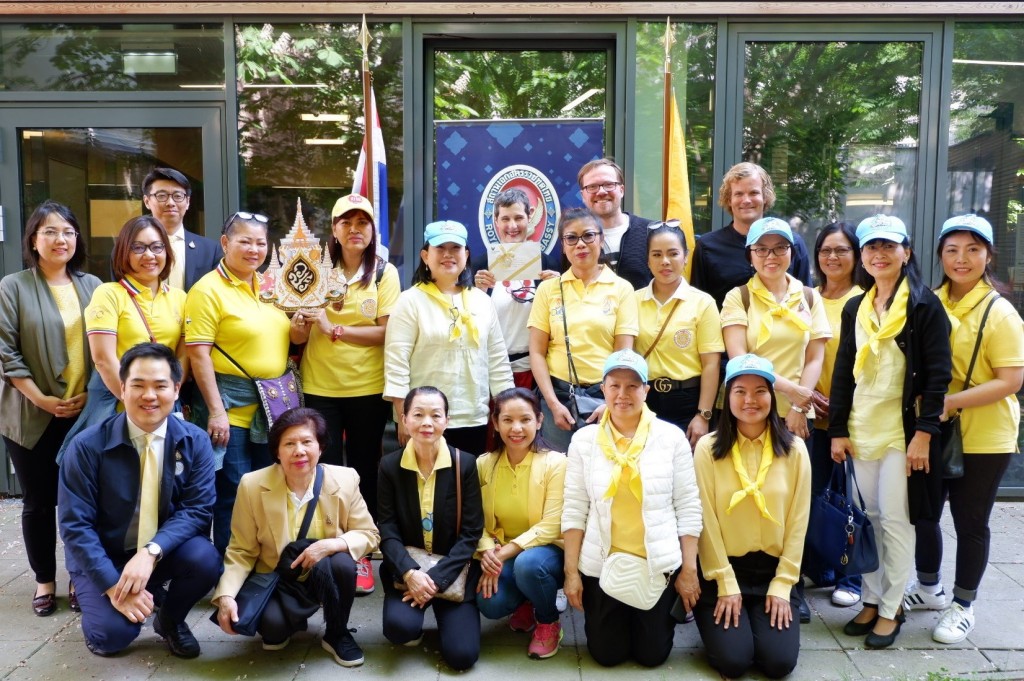 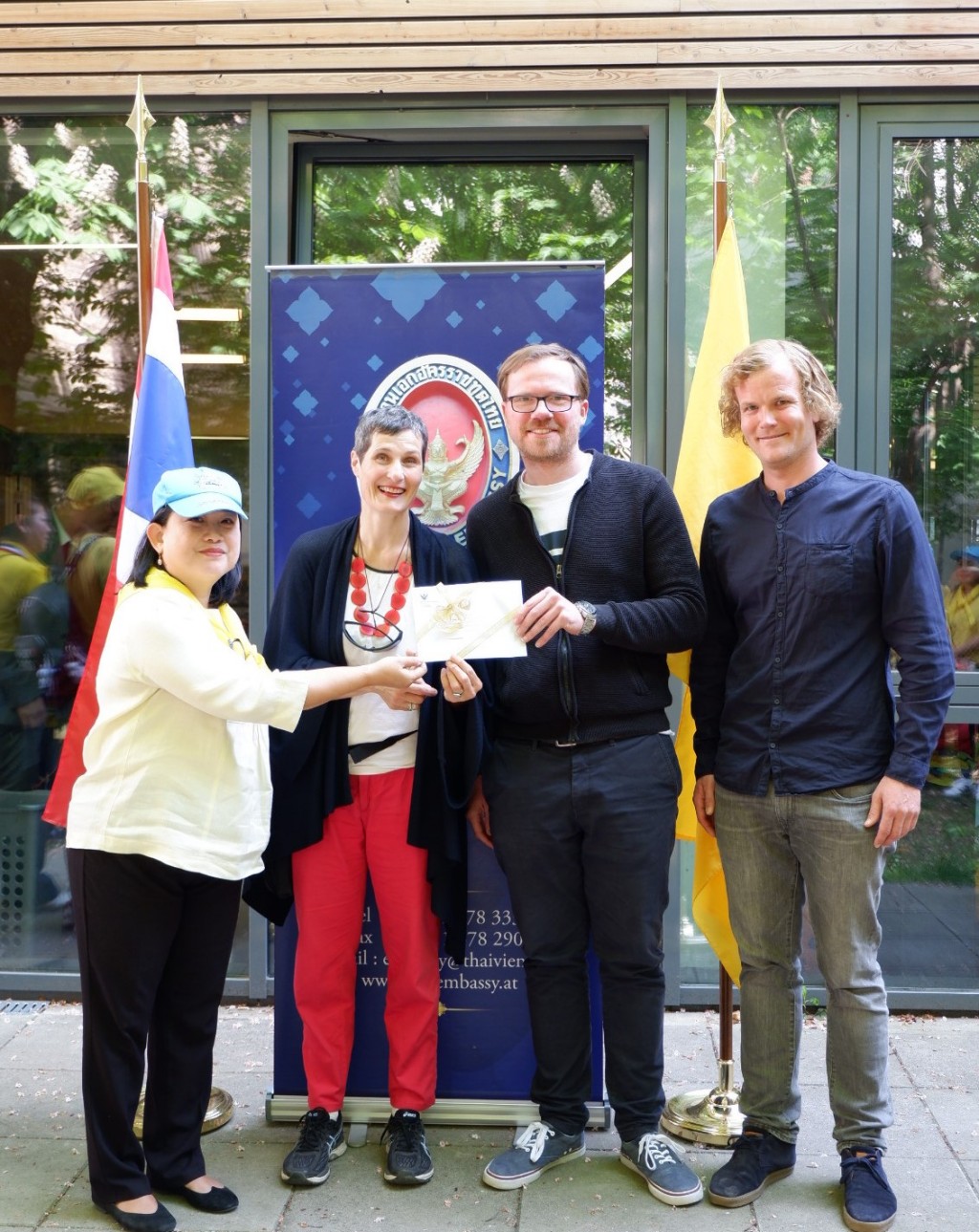 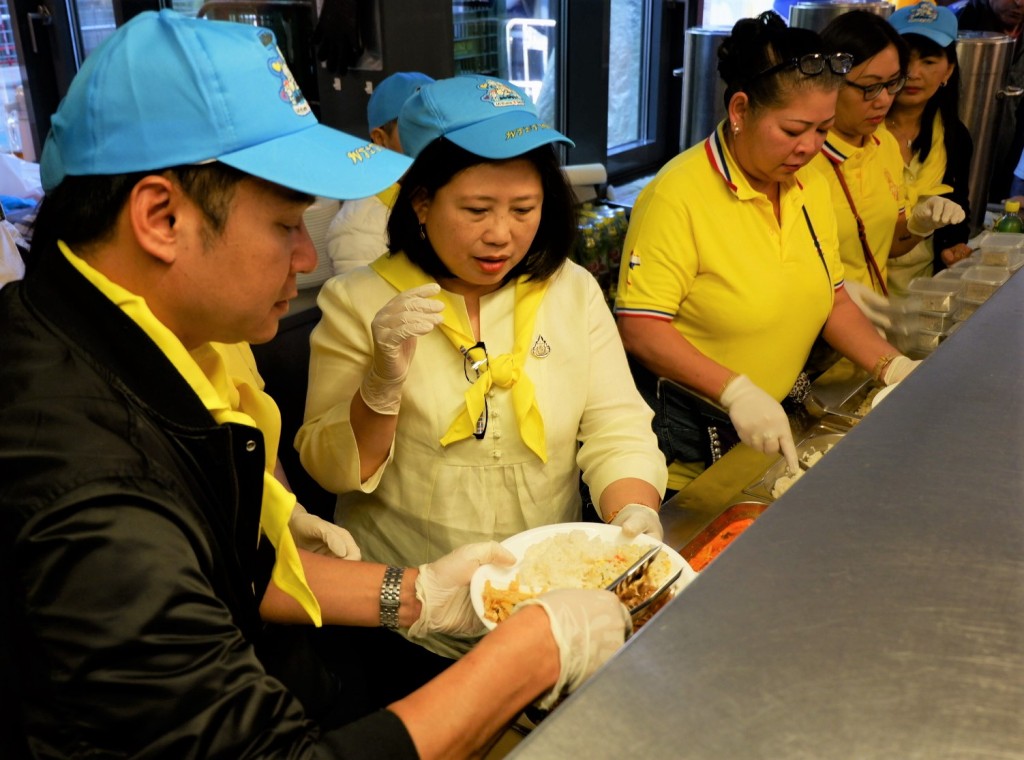 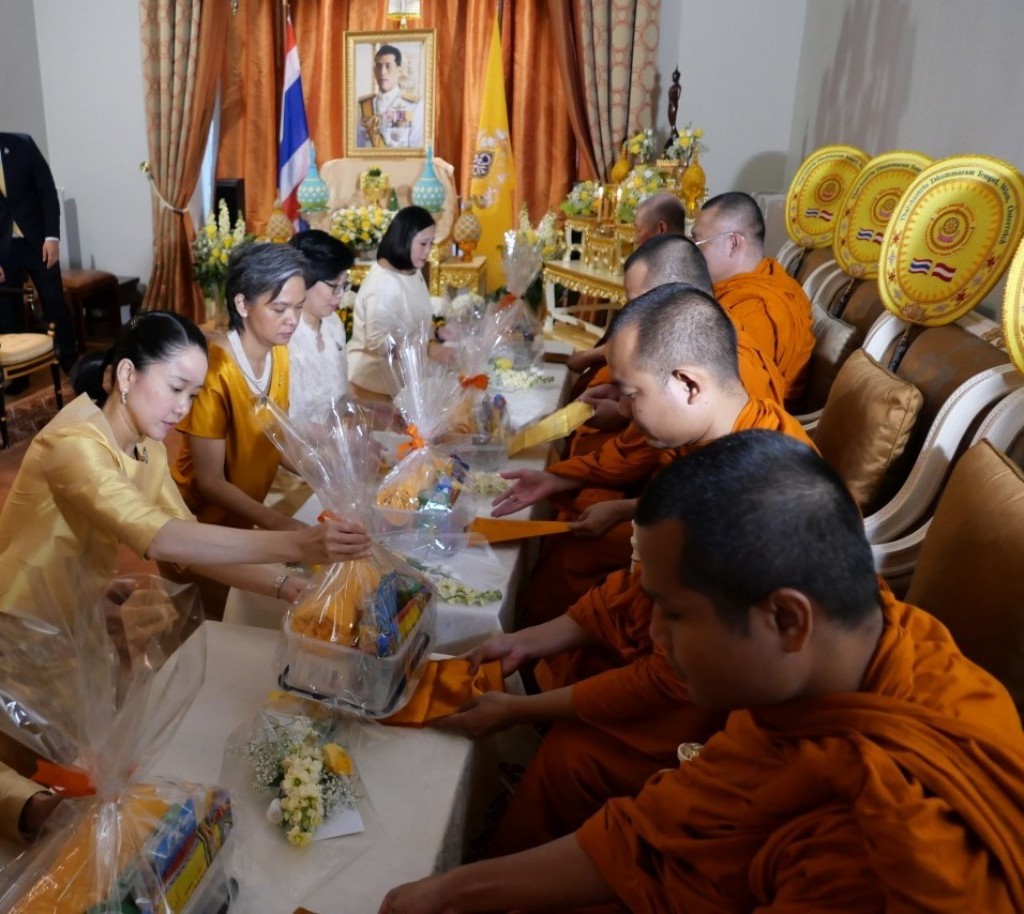 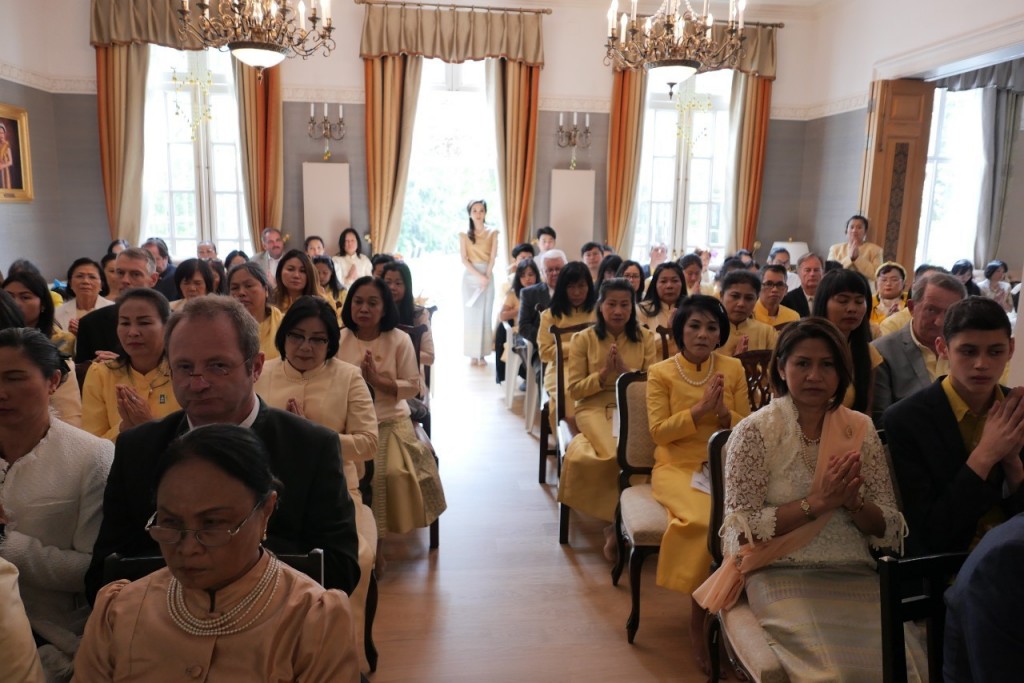 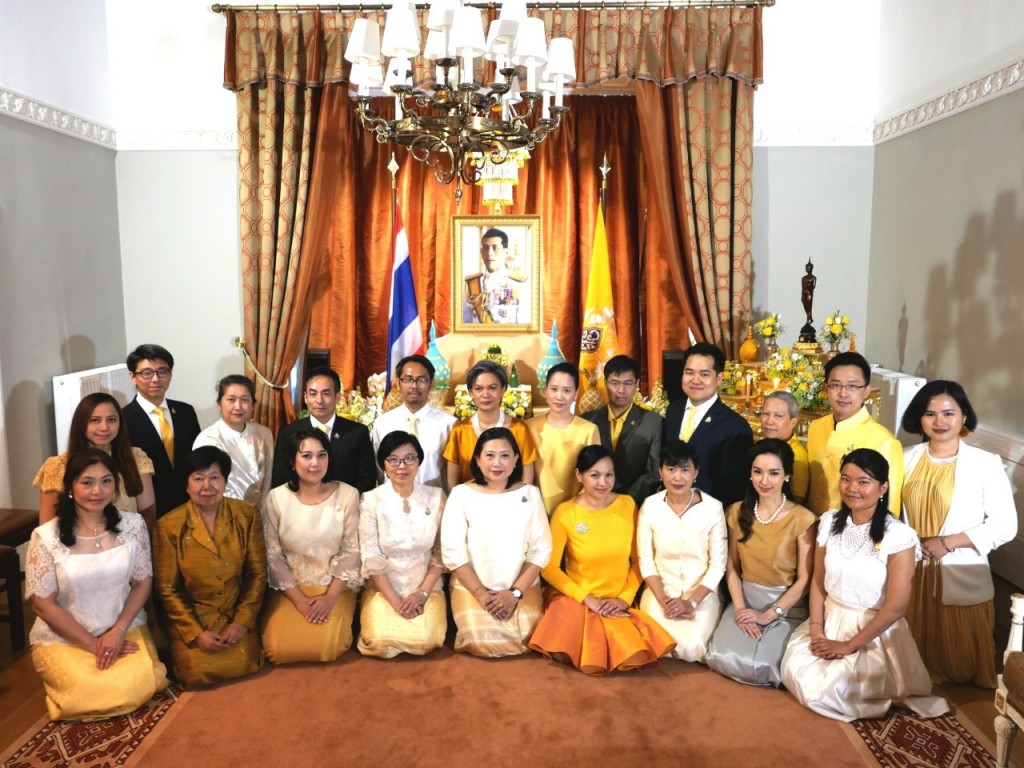 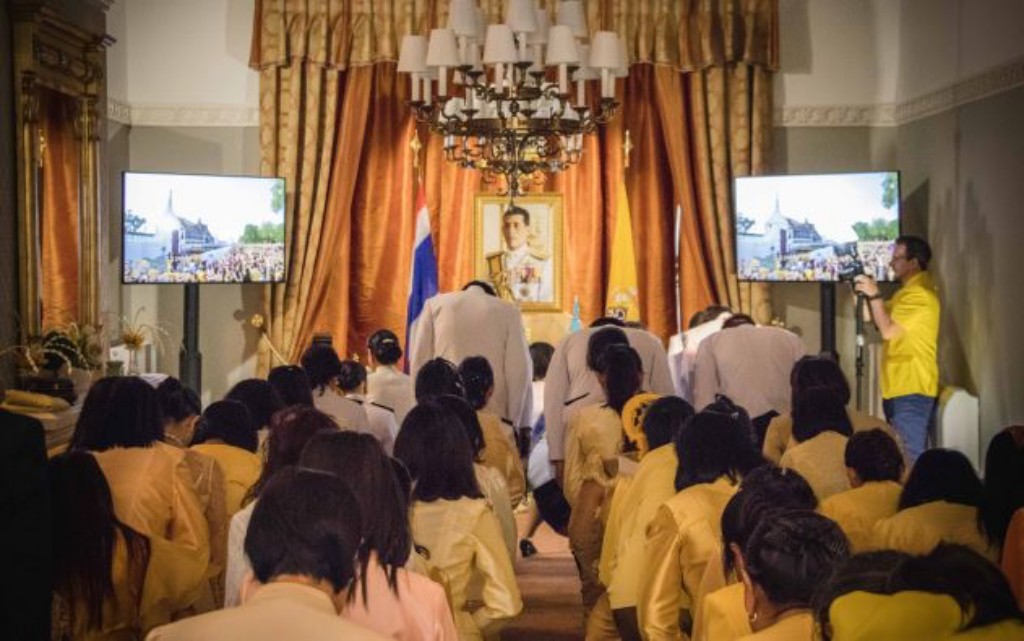 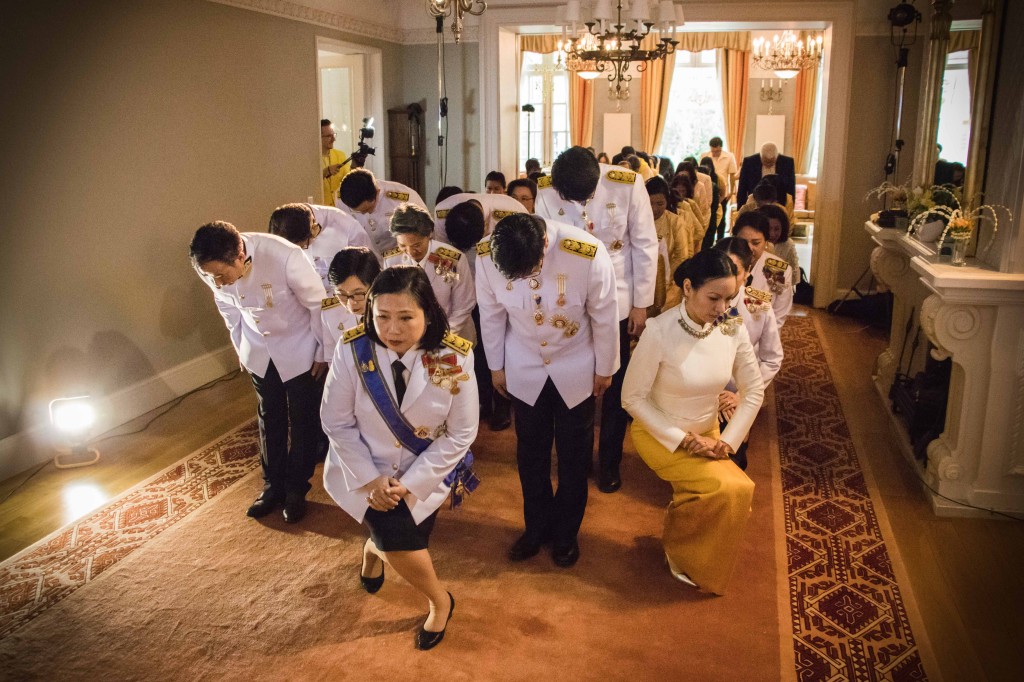 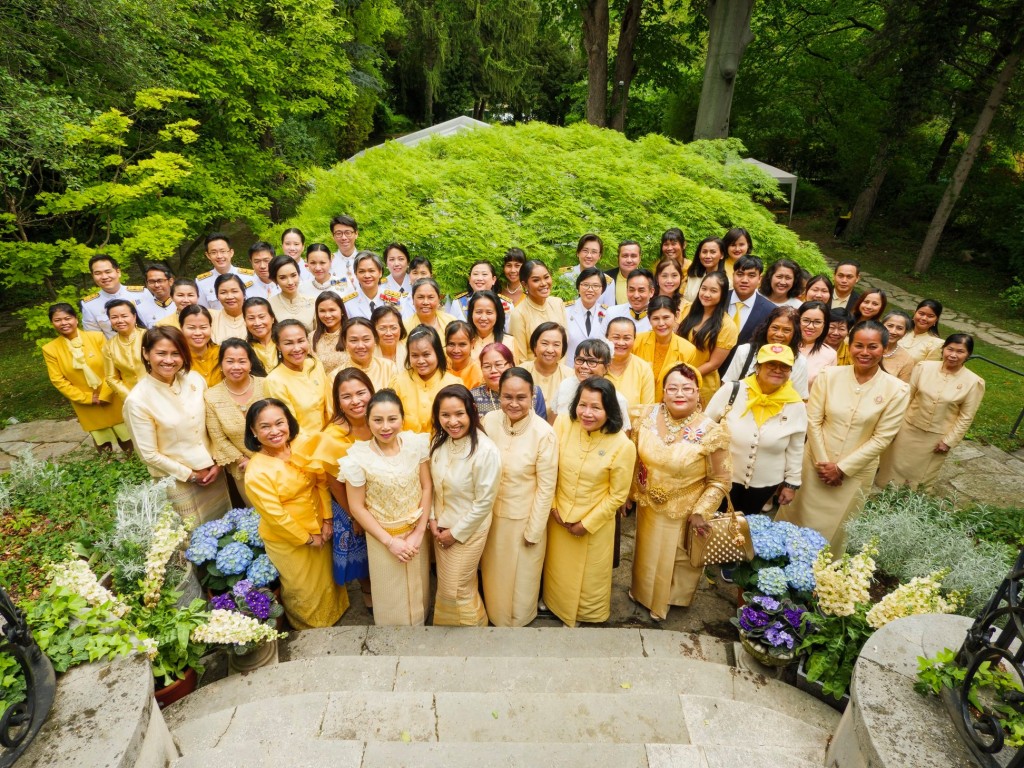