The Ambassador informed the meeting the results of the Austrian General Election on 29 September 2019, political and economic developments of Austria, Slovenia and Slovakia as well as past projects and recent developments in the Embassy’s multilateral works. The Ambassador offered her comments and guidelines in working together to enhance bilateral relations in all dimensions between Thailand and Austria, Slovakia and Slovenia. The meeting noted the activities which were organised in fiscal year 2019 and discussed ways of working together as a team by pulling resources for the projects and activities planned for fiscal year 2020. Some of the projects include: Project to showcase the local lifestyle and sustainable/SDGs products, which reflects the combination of the Embassy’s bilateral and multilateral works; Project to promote Tourism and Thai products in Bratislava early January 2020 with Office of the Commercial Affairs and Office of the Tourism Authority of Thailand based in Prague; Project to promote culture and tourism in Vienna and Bratislava with Offices of Tourism Authority of Thailand based in Frankfurt and Prague organised along with Thai Kitchen to the World Project; Road trip with Team Thailand to visit public and private sectors of the federal states of Austria to seek ways to enhance cooperation in trade, tourism and investment.

After the meeting, the Ambassador hosted lunch for Team Thailand. As parting gifts, she presented the 150th Anniversary commemorative book of Friendship between Thailand and Austria (Von der Donau an den Chao Phraya: 150 Jahre freundschaftliche Verbindungen zwischen Oesterrecih und Thailand) and the Cercle Diplomatique magazine, September – November Issue, which the Embassy had written a cover story on Thailand. 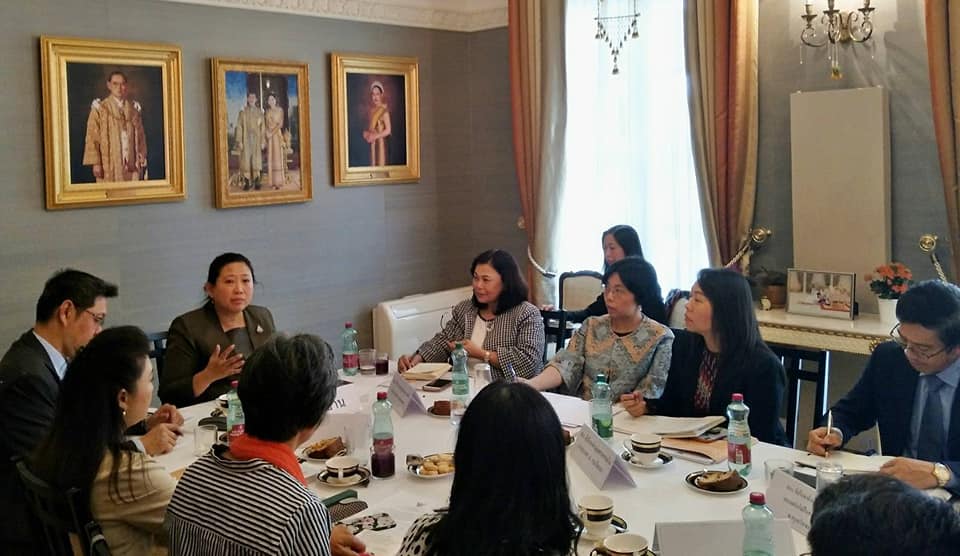 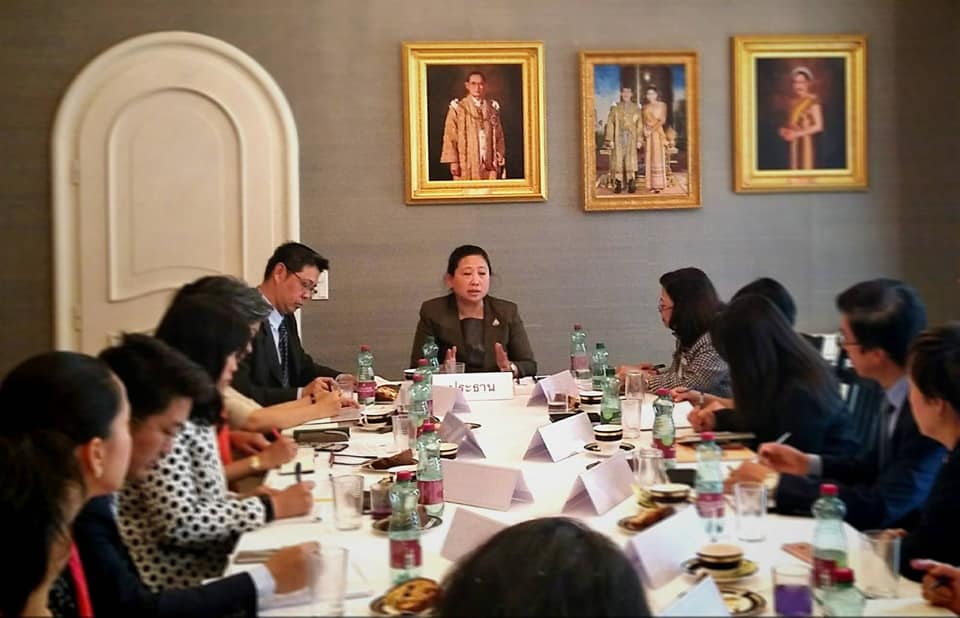 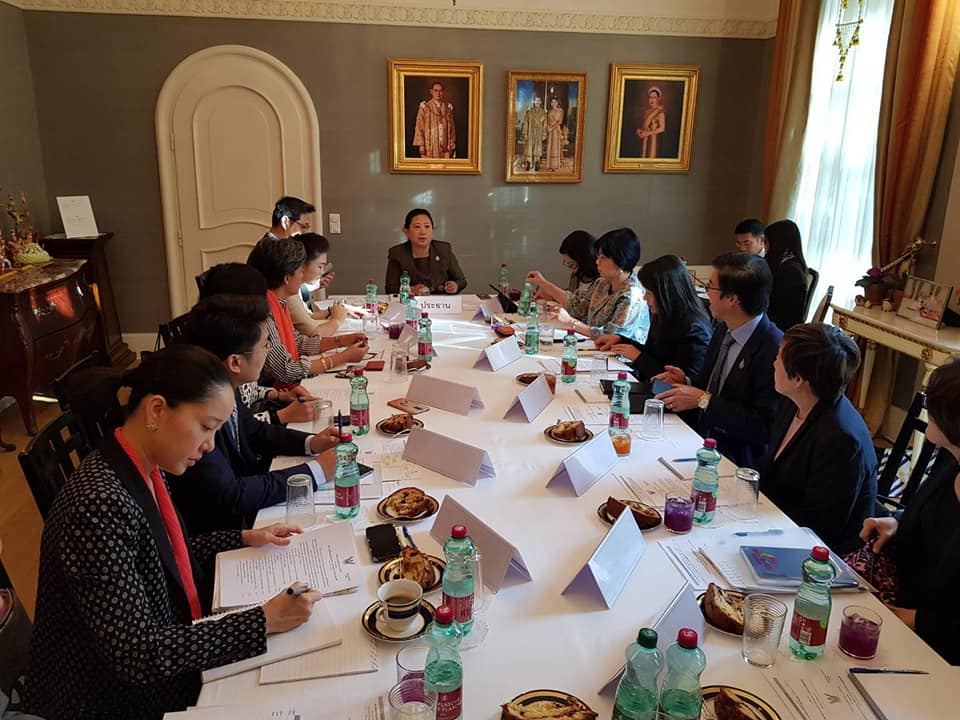 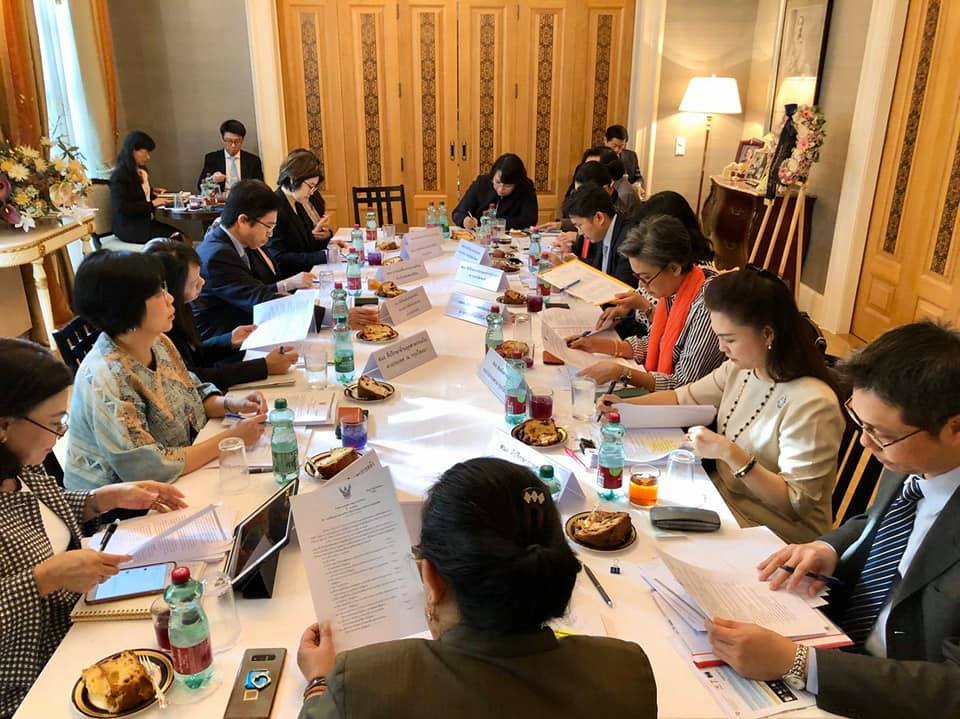