On 17 January 2023, Mrs. Vilawan Mangklatanakul, Ambassador and Permanent Representative of Thailand to the United Nations in Vienna, received a courtesy call from Ms. Jo Dedeyne-Amann, Chief of the Secretariat of the Governing Bodies of the United Nations Office on Drugs and Crime.

Both sides had a fruitful discussion regarding the works of the Commission on Narcotic Drugs and the Commission on Crime Prevention and Criminal Justice, during which the Ambassador reaffirmed Thailand’s determination to continue its active role in both Governing Bodies and pursue international cooperation on relating issues such as Alternative Development, implementation of Bangkok Rules, development of guidelines on reducing reoffending, and promotion of sports as a tool for crime prevention. 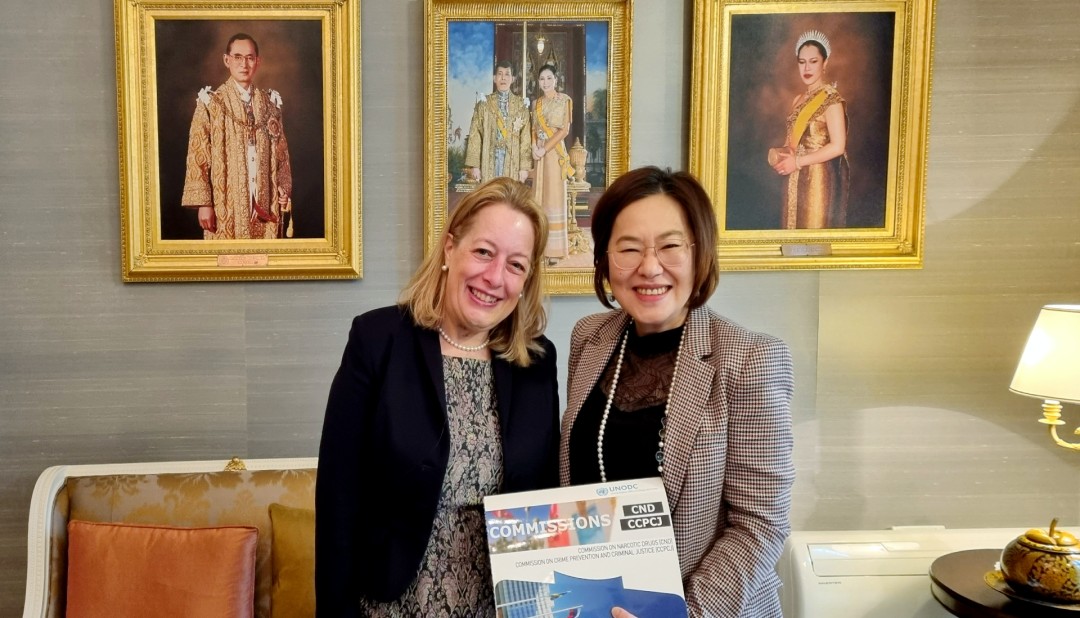